An author's reflections on his book that holds much relevance in today's times. 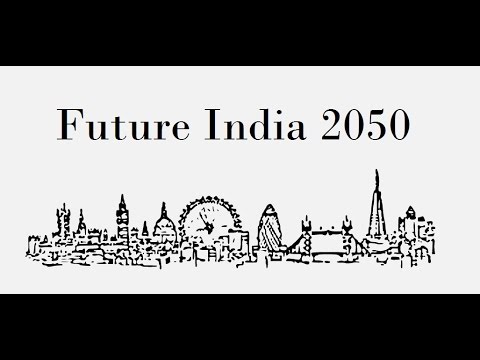 In 2013, working as a Distinguished Fellow at Research and Information System for Developing Countries (RIS), New Delhi under the chairmanship of Shyam Saran, I completed a book entitled India 2050: A Roadmap to Sustainable Prosperity. It was essentially about India of my dreams: India regaining its rightful place in the comity of nations and becoming by 2050 the largest economy in the world with a spiritual centre of gravity and leading the world by example in a truly multipolar world. Based upon my long experience in the World Bank and working shoulder to shoulder with numerous nationalities, I concluded that one-on-one Indians were as good as any other group in the world and there was no inherent reason why they cannot catch up and even surpass US and China over time. I argued that for achieving that goal, India has to follow the path of developing its human capital leaving no bright mind untapped and develop a new low-carbon lifestyle. I also argued that for achieving this goal, it has to abandon not only the socialistic policies of Nehru era but also neo-liberalistic policies since 1980. Instead, it has to develop its own swadeshi model with special reference to systems of Germany and Nordic countries and drawing upon its own spiritual tradition.

However, looking at the Indian society of the noughties enamoured of the American model and American lifestyle along with a democracy corrupted and markets captured by money power, I was diffident if my dreams will ever come true. It was not easy to find a publisher who will publish a book about some one’s dream for a distant 2050 while proposing a departure from the ruling ideology. Fortunately, Sage Publishers were open-minded enough to accept my book for publication and the book came out in 2014.
Even more fortunate for me was the political change that happened in 2014. Rejecting the Nehruvian tradition and the Congress Party, Indian electorate voted to power a nationalist leader Shri Narendra Modi, who believed in the potential greatness of India and need for finding the India-specific pathway to that greatness. This change made my book politically correct and I was fortunate to have the book release ceremony done by the then Speaker Srimati Sumitra Mahajan in her Parliamentary Chamber with the presence of many dignitaries.

Over the years, the Prime Minister has spoken of making the 21st Century India’s century which is in line with the argument of my book. He has spoken about articulating our dream for India in 2047 and start working towards realising that dream. In fact, NITI Aayog is currently engaged in an exercise to articulate a Vision for India of 2047 and of 2035 and prepare a detailed roadmap towards realization of that dream and I, as a Distinguished Fellow, am a part of the NITI Aayog team. Once we get into the nitty-gritty of national policymaking, the complexities of such an endeavour come to the surface and I am engaged in a daily struggle to contribute to the Vision exercise. However, thanks to the Sage Publishers, I feel that I have a book that does articulate a path to India claiming its rightful place in the 21st and that theme has the support of the Prime Minister himself. I hope the SAGE will continue to play a role in stimulating discussion on how to build on the book they so graciously published in 2014 and become a medium for collecting different views on the subject in our vast and diverse country.

2050 is still a long way to go! Everyone interested in India realizing its extraordinary economic and spiritual potential should read India 2050. 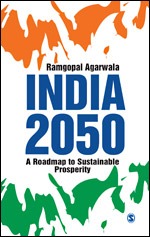 Check out the reviews