The Rohingya Refugee Crisis: A Time Bomb Waiting to Explode


Beginning of the Influx 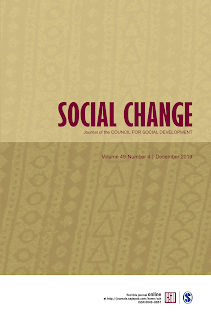 Nearly three years passed since the largest influx of Rohingya refugees from Myanmar into Bangladesh began in August 2017. Around three-quarter of a million refugees poured into Bangladesh within a short span of time. Together with 300,000–400,000 other Rohingyas who came to Bangladesh at different times over the last three decades, they formed one of the largest refugee groups in the world today. The latest influx was a human avalanche, accompanied by heart-wrenching scenes of pain, suffering and destitution.

Refugee narratives about the horrific circumstances which made them flee Myanmar reminded the world of these human tragedies which have ‘shocked the conscience of mankind’ throughout history.

Human concern, sympathy and compassion for the Rohingyas poured in from all corners of the world. Financial and material support flowed from governments, international financial institutions, UN bodies, civil society and individuals alike.

Charges of genocide and crimes against humanity were raised against the Myanmarese forces and calls for international accountability measures against them were rife. International support for refugees was more than matched by the generosity and support of the government and people of Bangladesh.

The spontaneous decision of the government, with the whole-hearted support of the local population, to receive such a huge refugee population is extremely rare in history. It has rightly earned international accolades for the country and its prime minister.

There is a general recognition that the handling of such a large and shattered population by Bangladesh, itself a densely populated developing country, was highly commendable.

Nearly three years on, however the plight of the refugees does not dominate international headlines anymore. Like many other examples of human resilience in coping with humanitarian calamities of such a huge magnitude, the refugees are now ensconced in hundreds of densely populated refugee camps spread over a large area bordering Myanmar.
They continue to cope with the new realities of their lives and mull over their uncertain future. Despite admirable success in containing such a volatile situation, there is no scope for complacency. Many signs of unrest have already manifested themselves in the camps, foreboding more bad times to come. The atmosphere in the overcrowded camps and the surrounding region is heating up for reasons not uncommon to such situations. The hopelessness and frustrations of the refugees living under such dire circumstances are the normal breeding grounds for tension and conflicts. At the same time, the over-stretched hospitality of the local population has begun to strain. Their complaints about refugee encroachments on their lives, livelihoods and environment are getting louder and progressively more threatening.

As time passes, they will most certainly get worse. It is time, therefore, to look for ways to resolve the underlying problems before they worsen further. Clearly, the most urgent need is to inject some hope in the minds of the refugees and the surrounding host population alike. Both must be assured that they are not forgotten, and serious efforts are being made to resolve the crisis sooner than later.

Unless there is progress in that direction, darker and more ominous clouds will continue to build up. In such an atmosphere, there will be no dearth of exploiters to take advantage of the situation and make it worse. History is replete with examples of such a nature.

There are also ominous signs of an onset of compassion fatigue among international donors. By the end of July this year, only 35 per cent of the Joint Response Plan of the UN for the care and maintenance of the Rohingya refugees in Bangladesh for 2019, totalling USD 920.50 million, has been met. If the contributions do not pick up soon, disastrous consequences are likely to follow in the not too distant future.

Finding Solutions: What Are the Options?
.
.
.
Click here to read the full article.