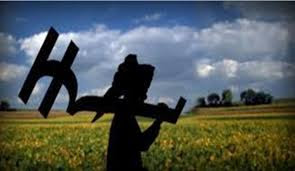 Dinesh Kumar was a former Associate Professor (Marketing), Birla Institute of Management Technology (BIMTECH), Greater Noida. After finishing his MBA from Panjab University, he gained a wide experience in sales, marketing and rural distribution for over 15 years. He switched to teaching in 1995 on receiving a teaching fellowship from Norway. SAGE is the proud publisher of his book “Rural Marketing”, co-authored with Punam Gupta. SAGE has a fast-growing list of high-quality textbooks in Marketing.

Texts and reports on rural marketing usually start with a description of the huge potential it has. Think about it🤔 – more than two-thirds of our population of 1.2 billion people live in villages, spending some $69 billion annually. If only companies could just tap a fraction of this huge opportunity!

Since urban markets are more or less saturated, companies look for top-line growth by selling in rural areas. An Accenture report, Masters of Rural Markets (2013) says, “India’s rural markets represent an opportunity no company can afford to ignore.” It goes on to say that rural markets are growing at rates faster than urban areas, and rural consumers are beginning to buy lifestyle products; spending in rural India reached US$69 billion, which was significantly higher than the urban populations. A Deloitte report (2014) says, “rural and semi-urban areas will be key drivers of India’s economic strength in the coming years, providing markets for a wide range of products and services. The value of rural India’s consumer goods market is expected to rise to US$100 billion by 2025.” Similar intentions are presented in McKinsey’s report Bird of Gold, which expects incomes to triple by 2025.

The opportunity is indeed huge – Prahalad wrote that there were huge profits to be made by serving globally the 4 billion-5 billion people who live on under $2 a day, a market that is valued globally at $13 trillion a year.

This reasoning has not come true. Few companies have actually been able to build profitable businesses in BOP markets. In an article in Harvard Business Review, Karamchandani et al (2011) write: “Despite the extent of the markets and the volume of the hype, few multinational firms have built sizable businesses serving people who survive on just a few dollars a day.”

This represents a paradox – if there is such a huge opportunity out there, why are rural marketing initiatives of many companies floundering?

For instance, many rural retail initiatives have had to shut or scale down operations. We have presented case studies of rural retail in our book RuralMarketing: Challenges and Opportunities (Sage). DCM Shriram Consolidated Ltd (DSCL) spent a decade trying to establish a chain of Hariyali Bazaar; Triveni Engineering had established the Khushali Bazaar outlets in Uttar Pradesh and Uttarakhand through Triveni Retail Ventures Ltd, which were closed in 2010. Business Today reports that other rural retail chains such as ITC's Choupal Saagar and Godrej-Future Group joint venture Aadhaar also have faced a tough time.

The kind of purchasing power and change in consumer behaviour that was imagined by these retail companies and their consultancies simply did not exist. So while some reports point out the immense opportunity that exists in rural areas, newspapers are flooded with reports of poverty, indebtedness and farmer suicides. This presents a paradox – should we follow the projections of consultancies or should we rely on newspaper reports? Sekhar and Padmaja (2013) write, “rural India presents a baffling dichotomy of images - on the one hand persisting poverty and on the other hand corporate giants betting big on the growing potential of rural markets.” That is why the rural strategy of merely supplying to rural markets does not work.

Some of the characteristics of rural market, as described in our book Rural Marketing, are:

The rural market potential is no doubt huge, but requires detailed knowledge to realize it. Rather than rely on absolute figures of rural spending, companies have to look at granular data and figure out how best to approach different regions and different markets. There is also need to understand rural consumer behavior, which is quite different from urban consumer behavior. A blind following of marketing strategies as taught in business schools does not work in India’s rural areas.

What is important that companies send their managers to live in villages for some time before any strategies can be designed. Without a physical understanding of rural realities, companies will swing between undue optimism by looking at the size of the rural population on one hand and undue depression by looking at rural poverty and rural desperation on the other. 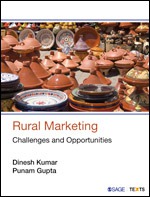 You can check out the book here!