Determinants of the Quality of Life Among Elderly: Comparison Between China and India


Population ageing is now a daunting challenge across the globe. In the last few decades, enormous advancement in medical science, coupled with a sharp decline in fertility, has accentuated the share of the elderly population and created the problem of population ageing. Compared to the developed world, the demographic transition is more challenging for the Asian countries like China and India because of the huge population size and inadequate social security system for the elderly citizens. Projection suggests that Asia will be the largest resident of the elderly people by 2050—almost ‘38 per cent of 1 billion elderly’ (60 years and above) will reside in India and China alone. Among them, 432 and 330 million of elderly population will belong to China and India, respectively.

Population ageing in China and India has certain characteristics in common. Both the countries have a culture of ‘patrilineal and patrilocal kinship’ in the household systems and gained almost 30 years of life expectancy at birth over the period 1950–1955. However, China has attained the gain in life expectancy, well before India, due to centralised government intervention in reducing mortality and total fertility rate in the last 25 years. The intercountry difference can be attributed by equitability in the distribution of public services. China has extensive public provision system and well-connected healthcare services across the country, whereas, in India, healthcare utilisation is mostly a matter of out-of-pocket expenditure and therefore, disproportionately distributed among the people according to their financial capabilities.

Therefore, considerable difference is visible in healthy life expectancy (HALE) at birth, that is, mortality with non-fatal outcomes, in these two countries. HALE for Chinese males and females is 65 and 67.8 years, respectively, but for India it is only 55.9 years for males and 56.7 years for females. From the perspective of healthy ageing, it implies that China has an advantage over India. As we compare old age support systems, at least the minimum standard of living is assured by the government in China, but in India 90 per cent of elders have no pension and nearly 71 per cent of the elderly people continue economic participation due to poverty.

Both China and India are emerging nations and transforming their socio-economic structure. It is evident that population ageing is going to be phenomenal in both the countries in the coming decades, and elderly support base is decreasing due to emerging conflicts between personal well-being and living responsibilities among working-age population.

Truly, less working population has to support a large elderly population both socially and financially that in turn raises the question about the well-being of elderly, during the phases of demographic transition.
Although, India has 30 more years to reach the demographic dividend phase of China, little is known about the implications of contemporary social and economic structures on the well-being of the Indian elderly. 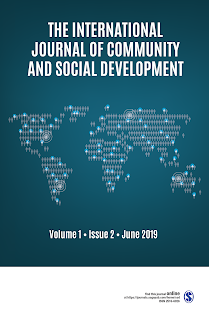 On the other hand, China has an exclusive challenge in providing adequate support to the increasing number of elderly populations to maintain or improve their well-being. So, a structured policy framework is required to take care of the upcoming need of the society and provision of feasible solution at constrained resources.
One possible solution in this regard is an in-depth understanding of the factors, which influence the well-being of the ageing population. Social and economic impacts of population ageing have already been recognized; however, critical evaluation of these factors on QoL for elderly (60 years and above) age group is rare.

− Determinants of the Quality of Life Among Elderly: Comparison Between China and India, The International Journal of Community and Social Development