Public memory can be short. In recognition of this sobering truth of life, I decided to bind together the book 'Quest for Restoring Financial Stability in India'. It contains speeches and monetary policy committee minutes that I had delivered while serving as a Deputy Governor of the Reserve Bank of India (RBI) during 23rd January 2017 through 23rd July 2019.  These speeches and minutes were truly my voice, my life-blood, my raison d'etre.  They were the result of toiling tirelessly through many a night, distilling and pouring every drop I could find inside me of economic reasoning and persuasion. While already out there in cyberspace, I am hopeful that there will be something useful for each one of you in revisiting them, rearranged in the book around specific themes, and with potentially a new insight or two in the introductory chapter titled “Fiscal Dominance – A Theory of Everything in India.”

Financial stability is perhaps the most important pre-requisite for stable growth. It is surprisingly also the most compromised one. Encouraging cheap credit and rapid balance-sheet growth in the financial sector is a temptation that many governments find it hard to resist to register well on the short-run growth scorecard. Post-1991 reforms, India undertook an upward and onward march in economic progress for close to two decades. Since then, lack of financial stability has emerged as its Achilles’ heel. The reasons for this are many but a first and foremost contributor has been the increasing dominance of banking and financial sector regulation by the unyielding deficit situation of the consolidated government balance sheet. Reining in this fiscal dominance requires not just a strengthening of the institutional framework of financial sector regulation but also the right balance between the role played by the government, the central bank, the markets, and the private sector in the economy. 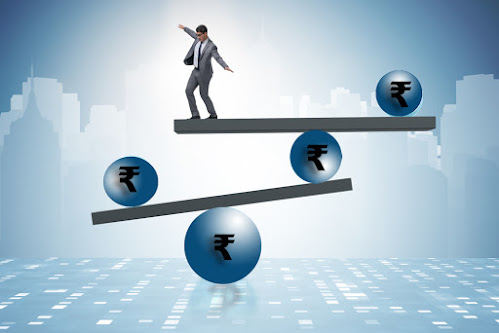 My objective in putting together the book has been that it stirs up this important debate, gives it the primacy it deserves, and provides some useful inputs so together we can implement the much-needed long-lasting solutions to restore financial stability in India.  I am hopeful that some of you who read the book (or otherwise) will emerge as a better and stronger gatekeepers of financial stability, at the Reserve Bank, in the Government of India, among other parts of the financial system, and as concerned citizens, helping complete the unfinished agenda.

I am optimistic that over time free-spirited, hard-working, inspired minds will make India and the world a stronger economy and a better place to live in knows no bounds.