-The Oriental Anthropologist: A Bi-annual International Journal of the Science of Man

In police organizations, male constables are generally expected to be strong, aggressive, bold, and authoritative, while female constables are expected to be polite, facilitative, conformist, accommodating, and nurturing. Female personnel find it difficult to conform to the role expectations. Officers and public expect them to perform their role according to their gender. 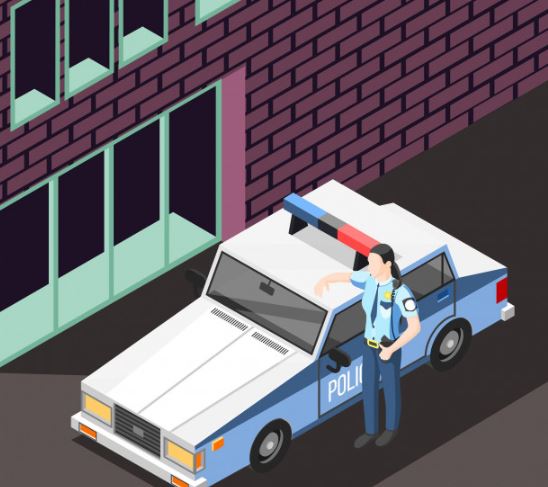 Norms based upon gender role expectations are expected to interact with those based on work role expectations in predicting the outcome of communication between superiors and subordinates behavior in role-appropriate role-inappropriate ways. The policeman’s role has come under considerable scrutiny in the past few years. Unfortunately, much of the research that deals with the subject is inadequate with regard to the understanding of the police role in contemporary society. A major failing has been the lack of an adequate definition, and this has led to much confusion.

All role expectations from police personnel have been found to be based upon the nature of their duties at different levels. It relates to the anticipation of the part played by a person in a particular social setting, influenced by his/her expectation of what is appropriate. Since the past few years, police have been experiencing a major change in their role expectations, and this change has been brought on in large part by the advent of the community policing philosophy.

In addition, courts have influenced the police role through decisions regarding the content of substantive criminal law and by giving instruction as to the due process of law. Patterson (2011) notes, ‘It is acknowledged across the globe that traditional policing functions have extended beyond the role of peace-keeping and law enforcement to incorporate problem-solving, technological innovations, transnational crime and prevention strategies.’ Yet, while most modern police organizations have raised their standards for police training and education, questions of the effectiveness of efforts to transform policing practice remain.

The World Health Organization (2001) defines the concept of mental health as, ‘a state of well-being in which the individual realizes his or her own abilities, can cope with the normal stresses of life, can work productively and fruitfully, and is able to make a contribution to his or her community.’

Incidents of aggressive, undisciplined, indifferent, insensitive and unresponsive behavior, and the conduct of policemen are attributed to stressful situations and working conditions which inevitably cause unwarranted stress to the members of police working at various positions. Occurrences of suicides, attempted suicides and attack on seniors, juniors, and colleagues coupled with unfortunate incidents of firing and senseless use of weapons are manifestations of stress on police.

Women in police service experience tremendous stress. In a survey conducted on police personnel serving in Gujarat, Patel (2006) found that around 65 percent of women working in the police were under tremendous work pressures and stress, which was badly affecting their family life. Parsekar, Singh, and Bhumika (2015) conducted a cross-sectional study among police constables in police stations of Udupitaluk, Karnataka, India. The results of their study indicate that one-fourth of the participants reported  having high levels of psychological distress.

Overall, out of 40 sources of stressful activities, 28 sources came out to be significantly associated with psychological distress.