The reality of politics!

“He knows nothing and thinks he knows everything. That points clearly to a political career”                —George Bernand Shaw, Irish playwright, critic, polemicist and political activist. 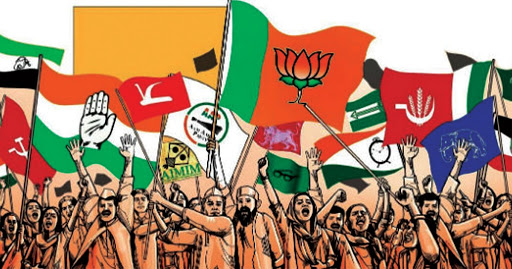 Which is why the next question becomes even more relevant—who are the ones who set up and run these many political parties? What constitutes their agenda and the reason for their formation? And most importantly what has been their contribution to the society and the people at large till date?

My book ‘Realpolitik—Exposing India’s Political System’ tries to decipher the answers to the above questions and strives to reveal the real reasons why thousands of men (and equally now a large number of women too) continue to pledge their loyalty to a political party or leader of their choice. Through first-hand interviews and narratives, the book attempts to explore their reasons and mindset and their affiliation to a certain ideology.

From joining a political party to rising up to its ranks, while for some it is an easy task for a large majority it continues to be a battle with no end in sight.

The book brings forth personal stories of both grassroots workers and political leaders across various political parties in the country and traces their struggle--from being at the lowest ranks of the party to that of the highest positions of power.

I have also tried to touch upon the relationship between the leaders and their inner circle and the consequences that follow when the trust in their relationship gets broken and its implications on the future of the party as well as the leaders in particular.

A ‘manual’ for those seeking a career in the most unpredictable profession in the world, my book seeks to offer a glimpse as to why power and power alone remains the end of the objective for many who jump into the turbulent world of politics.

From searching for that perfect Godfather to the art of manipulating situations in your favour, ‘Realpolitik’ is an endeavour that tries to unravel the many ‘secrets’ that most political parties refuse to share.