Adolescents’ alcohol consumption has been widely discussed and researched, as have different approaches to alcohol prevention. This study aims to pilot methods for the involvement and empowerment of adolescents regarding alcohol consumption and situational abstinence and the possibilities of adolescent-created narratives in alcohol abuse prevention. 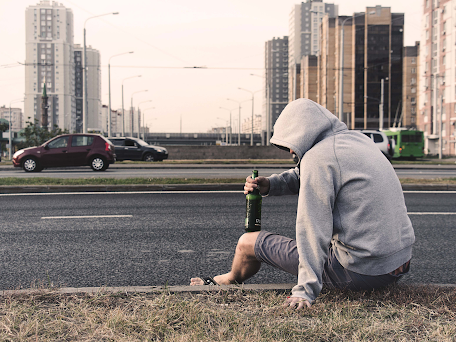 Prevention has included new approaches and has moved from individual-based techniques, such as planned behaviour theory and social norms marketing, to community-based prevention which can be used to effectively decrease the amounts adolescents consume and to increase alcohol consumption onset age.

Estonia has high alcohol consumption, similar to other Eastern European countries. The legal age for buying and consuming alcohol in Estonia is 18. However, on average Estonian adolescents’ first experience with alcohol happens between 12 and 15 years of age. Of 15-year olds, less than one-fifth reported that they had never drunk alcohol, and adolescent alcohol consumption happens mostly at parties: celebrations or weekend binge drinking parties. Adolescents in Estonia engage in drunkenness at home in rural areas in dangerous ways (experimenting with alcohol and drinking to excess), which makes alcohol prevention even more important in these areas.

In Estonia, there are several preventive measures carried out both for the overall society and for adolescents in particular. Alcohol policy focuses on restricting access, limiting the advertising of alcohol, raising alcohol excise taxes, implementing nationwide sales restrictions, and raising the effectiveness of police action (e.g. randomly breath-testing drivers and publicly campaigning against drunk driving). However, the sixth graders report there are few preventive actions (e.g. lectures, seminars, and films) provided for them.

There have only been a few studies on the Estonian alcohol-related party culture. These studies conclude that similar to in Denmark, non-drinking is not an easy choice for 15- to 16-year olds in Estonia. There is a culture of situational abstinence—refusing alcohol in one context while consuming it in others—where adolescents negotiate ways of refusing alcohol overall or in a particular context. It emerged that adolescents’ alcohol consumption is not ‘fixed’, but is negotiated in particular situations, including if they do not wish to drink how they refuse.

One school near a big city in Estonia to which the researcher had access was chosen for this study. Action research and co-creation methods were used in workshop sessions with adolescents. Adolescents aged 13–15 participated in the workshops and engaged in storytelling and the co-creation of stories. During five meetings, participants shared their views and experiences regarding alcohol party culture and situational abstinence. The project was democratic and power was not solely in the hands of the researcher but shared with the adolescents who could guide the direction of the research and choose topics for workshops.

The results show that even with a small number of meetings over a short period, co-creation and participatory action research provided very good insight into adolescent alcohol culture norms and alcohol consumption practices, creating rich data that are in line with previous studies.

Instead of a long anthropological or ethnographic study, quick action research over a short period implemented in this pilot study provided access to aspects a researcher usually does not have, for example, in in-time interviews, e.g. the time of different events that the researcher could observe. This made it possible to grasp elements of culturally shared practical understandings