‘Firing cannons to kill mosquitoes’: Controlling ‘virtual streets’ and the ‘image of the state’ in Bangladesh 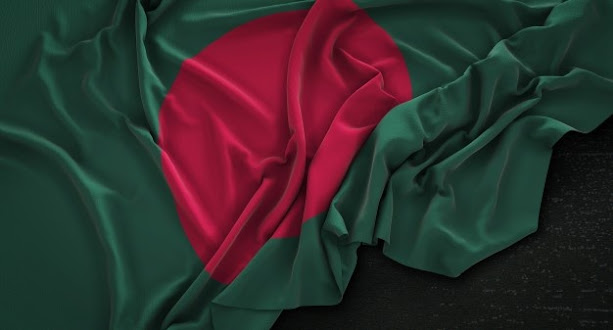 On 18 November 2018, Mr Chowdhury—a self-proclaimed ‘die-hard supporter’ of the prime minister of Bangladesh—sent a legal notice to the cinema at the Jamuna Future Park shopping mall, which was screening the newly released biopic: Hasina: A Daughter’s Tale (Khan 2018). ‘Tale’ in the title was misspelt as ‘tail’ and was corrected later. Mr Chowdhury felt that the spelling mistake was humiliating and demanded the Blockbuster cinema correct the error and apologise publicly or face a $90 million (£70 million) lawsuit. In online exchanges, opinion was split about the lawsuit: ‘How should I react - laugh or cry? Tale becomes tail which is definitely defamatory’ said one Facebook user, while another responded by saying: ‘It’s just a typo, bro. Apparently, you are using cannons to fight mosquitoes’ (cited in BBC NEWS, 2018).

This incident highlights the prevalence of events/actions where individuals feel that the state has been humiliated, and they need to take steps to redress it in the context of the Section 57 of the Information and Communication Technology Act (ICT Act 2006). First enacted by the Bangladesh Nationalist Party (BNP) in 2006, the Act was amended and made more draconian by the Awami League (AL) government, culminating as the harsher Digital Security Act (DSA) passed on 8 October 2018 under the framework of Digital Bangladesh.1 The aims of Section 57 are:

If any person deliberately publishes or transmits or causes to be published or transmitted in the website or in any other electronic form any material which is false and obscene and if anyone sees, hears or reads it having regard to all relevant circumstances, its effect is such as to influence the reader to become dishonest or corrupt, or causes to deteriorate or creates possibility to deteriorate law and order, prejudice the image of the state or person or causes to hurt or may hurt religious belief or instigate against any person or organisation, then this activity will be regarded as an offence.2

In short, section 57 criminalises electronic content, which is deemed to be fake and obscene, defamatory, hurts religious sentiments (dhormiyo onubhuti te aghat kora), could contribute to the deterioration of law and order, could ‘instigate’ another person to perform harmful acts or could tarnish the ‘image’ of the state (rashtrer bhabmurti khunno kora).

Both ICT and now DSA have been invoked in numerous events from 2006 to 2019. Rights activists and journalists have been critical of section 57 from the initial stages of its development; experts say the provision goes against people’s right to freedom of expression and free speech, and it contains vague wording, allowing its misuse against journalists and social media users. In the case of the misspelling of the film, the DSA was not invoked, as it was a mistake, but a lawsuit was threatened.

The phrase mosha marte kaman daga—firing cannons to kill mosquitoes—refers to a disproportionate response to a problem. Such an overblown response was also at work against the protests relating to the road safety movement (Schulz and Kuttig, ‘Introduction’ of this issue) in July–August 2018.

Under the ICT Act, 86 people from over Bangladesh (including photographer and activist Shahidul Alam, leader of the student’s federation Maruf, University student Asif, actor Nawshaba and many others) were arrested and remanded between 3 and 15 August, 2018, in relation to the road safety movement.

On 29 July 2018, two students, Abdul Karim and Dia Khanom Mim, of Shaheed Ramiz Uddin Cantonment School, were run down by a private bus in Dhaka (Lacy 2018). These road deaths were just two among the many that occur on a regular basis and are usually seen as one of the hazards of travelling in Bangladesh by road (Prothom Alo 2018). But this incident brought into focus the corruption that is viewed to be rife in the transportation industry in Bangladesh (see Kuttig in this issue) and the irresponsibility of some drivers.

The killing of the two students galvanised school children to take to the streets, the road safety protests highlighting an everyday problem that affects all sectors of society in Bangladesh. Students carried banners in their peaceful protests declaring: ‘We don’t want Digital Bangladesh. We want SAFE Bangladesh’. In other words: ‘We don’t want to be promised ambitious visions of a secure and developed future for Bangladesh if the most basic forms of everyday security and safety in the present are neglected or ignored’.

This article seeks to examine the Bangladeshi state schemes to make its population ‘legible’ (Scott 1999), its implementation of the Information and Communication Technology Act (ICT Act) (2005/2006–2018, amended in 2013) and its development into the Digital Security Act (DSA) on 8 October 2018 under the framework of digital Bangladesh.