-From Management and Labour Studies

The term ‘self-help’ has got historical significance and widely used for cooperation for survival. In the past, it had coined with civil rights and the women’s movement. This trend continued until the 1970s. It took a new dimension of service-oriented activities, which become more popular. 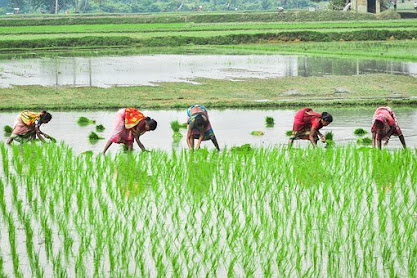 Self-help groups (SHG) play a significant role in transforming the rural economy. Its unprecedented growth helps the resurgence of the weaker section of society in terms of outreach, social position and sustainability. Among different SHGs, ‘Kudumbashree’ of Kerala constitute the largest women SHGs in India. The Government of Kerala launched the programme for poor women on 17 May 1998. Grassroots of ‘Kudumbashree’ are ‘Neighbourhood Groups’ (NHGs). Kudumbashree functions through NHGs.

Since the 1970s, SHGs have been playing an essential role in different states of India by contributing mostly to democratize many institutions that stand for the deprived sections of the society. It tries to create social stability through financial inclusion and play an active role in the social empowerment of the people in rural areas. So far, the bank has provided a grant of more than one million for capacity building of poor people and their sustainability. The very purpose of linking SHGs with formal banking systems through informal approach found successful since 1992, where it has introduced a bank linkage scheme. Currently, about 2.2 million SHGs in India represent 33 million members. These groups are mainly functional in the southern states.

The theoretical foundations of the SHGs are deeply linked with the framework of sociology. Theoretically, SHGs may stimulate empowerment and increase the participants’ sense of control and linked with the concepts of social learning. ‘Social perception theory’ backed up in understanding the influence of social variables, which got a substantial element for measuring the outlook of the people.

SHGs role in empowering women in rural areas is significant. The social impact of SHGs on women empowerment is noticeable. It brings social cohesion among the poor at the grassroots level. Field evidence shows that SHG members can easily involve in households’ decision-making and bring positive changes in their life. According to Nagaraj and Sundaram (2017), SHGs provide a sufficient platform for social participation and encourage the members for better interactions with society SHGs women in rural areas.

There were two objectives of this study. The first, to study the social impact of the NHGs of Kudumbashree. The second, to study the impact of social variables between tribal and non-tribal areas. This study analyses the social impact of NHGs by taking samples from the tribal and non-tribal areas in the district of Palakkad, Kerala. A detailed survey conducted among 600 respondents with identified social variables. The outcome of the study reveals that NHGs have created a social platform for women to improve social activities and strengthen its members’ social bondage. The social impacts in tribal and non-tribal areas differ for certain social variables and do not vary with others. Overall, the study highlights the need for promoting the role of NHGs as a means of ‘social change’ for strengthening the socialization process of women.