Gender diversity and the new normal

by Roop Sen and Uma Chatterjee, authors of Power, Sexuality and Gender Dynamics at Work

COVID-19 has pushed for a new definition of the workplace and organizational space. WFH, which was either seen as a privilege or the aberration, became a compulsion for all organizations in the last nine months. Many organizations were surprised to see that their long-standing belief that WFH would adversely impact productivity did not hold true and that some organizations even noted increased productivity from people who were relieved of commute, traffic and pollution.

The questions that emerge in such a context are - what would be the nature of employee engagement, teamwork and building a common organizational culture and values in such a dispersed workforce? Will WFH structures, therefore, dissipate intimacy, trust and the ‘we’ identity amongst people? And will this dissolve issues of gender dynamics at the workplace, including issues of diversity and inclusion, prejudice and exclusion? Will a WFH workforce result in zero-risk to sexual harassment and transgressions?

Set in a pre-COVID context, Power, Sexuality and Gender Dynamics at Work unpacks the intersectional space that looks at how social and psychological configurations on gender and sexuality play out in organizations and manifest through encounters of conflict and anxieties. Over the last 100 years, with increasing numbers of women breaking patriarchal restrictions on work and power, organizations became a common space for men and women from different social and cultural backgrounds to encounter each other on questions of safety, dignity, equality and trust. Over the last few decades, organizations and countries acknowledged the vulnerability of women to gender-based discrimination and sexual harassment and exclusion of people of alternate sexualities in the workplace. They tried to respond to, and often struggle with issues of transgressions and exploitation that were a product of gender, caste and class biases and prejudices. Diversity and inclusion policies, sexual harassment policies and other culture-building processes were tools with which organizations have tried to create containers to promote common behaviours and attitudes, beliefs and values that are gender agnostic, and often unsuccessfully to research across the world shows. 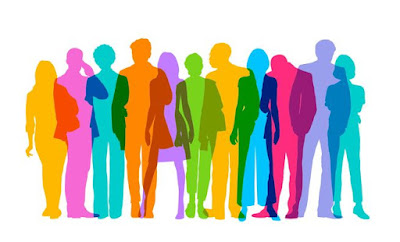 The book reveals how sexual harassment policies, zero-tolerance campaigns or approaches that focus on behaviours and codes of conduct show no evidence in enabling organizations to build safety or deterrence to sexual harassment in organizations. In the lockdown-period, women and men working from home have also struggled to negotiate on roles and responsibilities on domestic work, childcare and care for the elders, sick and infirm. Across the world, there has been a record spike in domestic conflict and violence and women reporting unequal sharing of work at home with male partners. Organizations which have worked with strict boundaries between the home and the workplace are now confronted with questions on how does it respond to issues of equality and fairness, gender sensitivity, which are played out between couples at home but may have a direct impact on productivity and participation from women? What would be the new boundary between the professional and personal?

Ultimately, the tensions between power, sexuality and gender will be at work in New Normal organizations through different manifestations, in new avatars.