Assimilation, Heterolocalism and Ethnic Capital: The Case of an Immigrant Indian Community in America

Immigration accounts for significant growth of population in the USA. Asian Indians constitute the third largest immigrant group in the USA after the Mexican and the Chinese (Ruiz, 2015). Today there are more than 4,402,362 Asian Indians in the USA, constituting 1.3 per cent of the USA population (US Census Bureau, 2017). 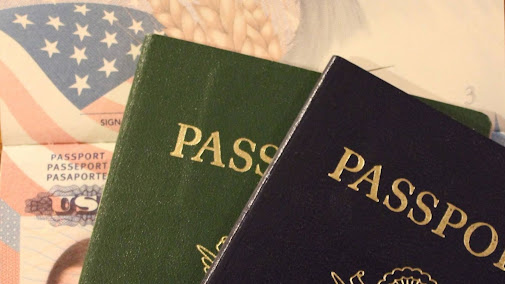 In terms of educational qualifications, 77 per cent of Asian Indians (aged 25 and above) have undergraduate or higher degrees compared to 29 per cent among the immigrant groups and 31 per cent among the mainstream population in the same age cohort in 2015 (Zong & Batalova, 2017). Further, many of them are associated with the science, technology, engineering and mathematics (STEM) professions (ibid.).

Studies on ethnic immigrants have often invoked theoretical questions. Hence this study explaining the settlement and adjustment of Indian immigrants in the USA, of course, invokes an appropriate theoretical perspective. According to the Assimilation perspective, in the process of adjustment to the host society, immigrants tend to give up their languages, ethnic identities, practices, and other cultural uniqueness to blend with the American mainstream population (Gordon, 1964; Park, 1930; Park & Burgess, 1969 [1921]). The perspective further proposes that residential mobility of the immigrants follow their pattern of acculturation and social mobility in the host nation. Further, they envision residential mobility as an essential step for more complete assimilation in the mainstream society (Zelinsky & Lee, 1998).

As the immigrant stock to the USA became highly diverse over the years, the Pluralist perspective proved to be better equipped in explaining the adjustment strategies of the immigrants (Ratner, 1987). The Pluralist perspective has evolved in contrast to the ‘melting pot’ or assimilationist approach. This perspective contends that immigrants form their self-sustaining ethnic communities in the host society and simultaneously engage in the polity, economy, and civil life of the mainstream society. Like the assimilation perspective, the pluralist perspective also entails a spatial dimension in proposing that immigrant communities form mosaic of ethnic enclaves in the host society (Klaff, 1980).

Nonetheless, the pluralistic perspective has been found to be inadequate in explaining the adjustment process of recent immigrants who manage to ‘flourish at the outset’ and exhibit residential propinquity with the mainstream population and not with their co-ethnics. This takes us closer to the concept of ‘heterolocalism’ which has been used to explain such peculiar socio-spatial behaviour of recent immigrants. Etymologically the concept can be traced to its Greek (‘heteros’ meaning ‘different’) and Latin (‘locus’ meaning ‘place’) roots (Zelinsky & Lee, 1998).

The heterolocal model, therefore, highlights the peculiar tendency of the recent immigrants, of shared ethnic background, to enter an area from distant origins and promptly adopting a dispersed settlement pattern, yet maintaining close ties with each other through a variety of means (ibid.). This piece of research, therefore, aims to investigate the impact of heterolocalism on the assimilation patterns and peculiar co-ethnic bonding among the Bengali professional immigrants in Kansas City, a middle-sized city in the USA.

Equally pertinent are the empirical studies on patterns of assimilation among ethnic immigrants in USA and the relevance of concept ‘heterolocalism’ there.