Right from its independence at midnight on 14/15 August 1947, India’s political ties with the US government did not start out on a friendly note. Scholars of international relations (Ganguly, 1994; Hiro, 2015; Jain, 2008; Tahir-Kheli, 1997) have shown that during the early years of the Cold War period, India, led for many years by Prime Minister Jawaharlal Nehru, refused to join any superpower-led military alliance that would seek to curtail India’s independence in terms of following its foreign policy. Instead, India opted to freely conduct its own foreign affairs by helping to found the Non-Aligned Movement in 1961. 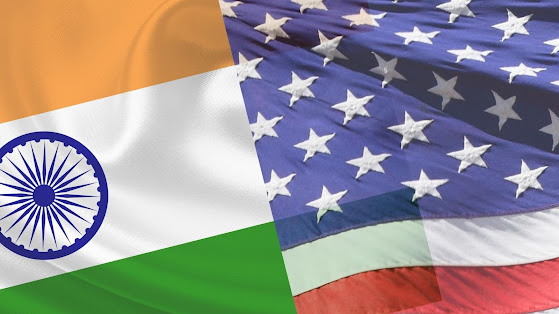 Another thorn for Indo-US relations during the Cold War era was Nehru’s friendship with the USSR, which involved strong diplomatic and military ties. While Russia buttressed India’s stand on Kashmir and other contested issues regarding India’s rivalry with Pakistan, successive US administrations supported Pakistan’s quest to wrest control of the entire state of Jammu and Kashmir from India. In three wars between India and Pakistan, in 1948, 1965 and 1971, Pakistan used airpower and its army against India (Hiro, 2015; Ganguly, 1994) with more or less open support from the USA.

As part of this growing friendship, the USA signed a Civilian Nuclear Deal with India in 2005, according international recognition to India as a nuclear power. India’s relations with the USA have thus moved from being unfriendly during the Cold War towards developing closer relations after the Cold War.

This significant change of political climate and relationship between the two largest democracies in the world offers an opportunity for analysts to examine to what extent the changed diplomatic, political and economic relations are reflected in press coverage, testing also how this compares with published academic analysis.

The research underlying this article, from a media studies perspective, therefore, scrutinised in what ways the reporting in a major US newspaper, The Washington Post, reflected the changed Indo-US relations. The article first presents a brief account of the earlier unfriendly Indo-US relationship and its recently changed nature. It then outlines the research methodology, including the indexing theory of Bennett (1990) as a research tool.

The qualitative analysis of the findings regarding press coverage on India in The Washington Post covers a period extending over 24 years, basically from the collapse of the USSR and the consequent end of the Cold War on 26 December 1991 to 25 December 2015.

The study identifies that certain themes in reporting about India predominated during this period. Importantly, it also shows that the press coverage matched the academic literature on Indo-US relations, as well as US foreign policy, thus confirming also that the indexing theory and methodology remains a viable research tool.