Narratives of a place named Ellora: Myths, culture and politics

Ellora Caves are one of the most visible and popular UNESCO heritage sites in India today. These caves were carved from the basalt rock face of the Sahyadri mountain range in the present-day village of Verula in the district of Aurangabad in Maharashtra. 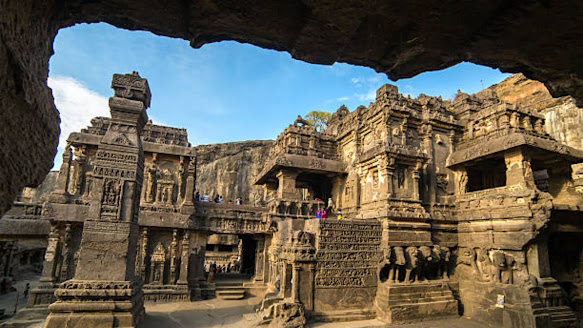 The famous Buddhist caves of Ajanta and Aurangabad are not too far off. Ellora Caves, however, are distinct because there are Buddhist, Brahmanical and Jaina caves at the same site, running on the north–south axis, flanked by two waterfalls in either direction. Such a multi-religious coexistence of cave structure is unique, though one can read contesting sectarian ideologies and patronage in the nomenclature and sculptures of these caves at different times in the past.

This is also evident in the scholarship on Ellora, prominently by Burgess, Fergusson and Brown,1 on the Buddhist epigraphy and architecture, as well as by Dhavalikar, Bilgrami, Mahajan and Gupte2; Ranade on the art and history of the caves3; and photographic essays by Gil, Berkson.4

Kannal, and Sondara Rajan have focused on the sculptural styles5; Yazdani and Jouveau-Dubreuil and Dikshtar have written a detailed political history of the region6; while studies by Sondara Rajan on the Rastrakutas7 and Dikshit on Calukyas8 are useful to understand Ellora, apart from the colonial administrative writers and travellers.9

In recent times, there have been more focused studies on the Buddhist caves by Gupte and Malandra,10 and a detailed study by Brancaccio on the Aurangabad caves,11 while Owen has written a concise and authoritative history of the Jaina caves at Ellora.12 What is, however, lacking in this huge scholarship on the Ellora Caves and the history of Deccan is attention to Ellora itself, the ‘place’ and its culture beyond the documented 34 caves.