How do the seemingly oppositional constructs of conservation and development play out in particular locations, especially when seen from the standpoint of various social actors, including, but not limited to, conservation experts and resident communities? What can such standpoints bring to the large bodies of critical scholarship around the two constructs? 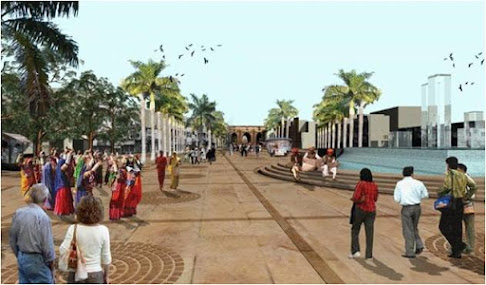 We address these questions in the introductory essay to the Special Section on ‘Bridges and Borders: Entanglements of Conservation and Development.’ The papers cover three distinct sites of cultural or nature conservation: Rushikulya, Orissa, a globally significant site for the conservation of marine turtles; Nagarahole, southern Karnataka, one of India’s most successful tiger reserves; and the Hampi region, northern Karnataka, where the archaeological remains of the medieval Vijayanagara Empire have been designated a UNESCO World Heritage Site.

The three papers, with their ethnographic attention to practice, enable us to move debates in conservation theory and practice beyond an understanding of conservation and development as discrete and often opposed frameworks and processes that either come together or stand poles apart due to specific geographic and socio-cultural push-pull dynamics. In order to highlight the contributions of the special section, our paper starts by tracing the history of the dominant frameworks through which the relationship of conservation to development has been conceptualized: first, as inherently opposed to development; second, as open to collaboration while maintaining its exclusive identity; and third, as subsumed within development.

The papers collected in the special section (by Madhuri Ramesh, Krupa Rajangam and Priya Gupta) share the critical perspective that, far from being discrete and opposed, conservation and development are forms of intervention that are barely distinguishable for actors with relatively little power vis-à-vis state and conservation authorities. Local resident communities are typically subject to displacement by such projects, to meet either or both conservation or development goals.

We synthesize three themes that run through the papers, stemming from the authors’ attempt to characterize this complex relationship at their respective field sites. The first concerns the shared intent of both conservation and development versus the contingency of outcomes. This theme is interlinked with the second, the role of diverse social actors in conservation, each with different and shifting geographical imaginaries of conservation landscapes – interests and aspirations that frequently transcend the development-conservation divide. The third theme regards the role of expertise and different kinds of knowledge that shape the relationships of diverse conservation actors and determine outcomes on the ground.

This analysis not only contributes to a more balanced theorization and a more self-reflexive conservation practice, but also addresses an issue of practical-political urgency—that what resident communities want in the context of conservation cannot be assumed but must be taken as the subject of enquiry.