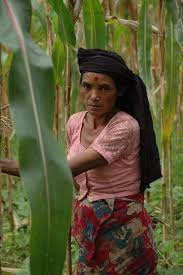 The word ‘Dalit’ in Nepal refers to the subaltern community comprising of a group of 26 castes (seven from the Hill)1 who face discrimination based on untouchability in public spheres such as religious centres, schools, hotels, etc. and who therefore are poor, backward, oppressed, suppressed and deprived from human dignity. Even after the establishment of democracy, the Dalit situation is not good.

According to the National Dalit Commission (NDC), Dalits are the colour-based castes as defined by the civil code 1854, and are known as the water evade, and untouchable castes in the society, and are the socially, economically, politically, educationally and religiously backward community, away from the state’s mainstream.

A Brief History of Untouchability in Nepal

Caste system in Nepal was introduced during the Manusmriti period around 200 BC, when Manu introduced a religious code dividing people into four caste groups. The Hindu religious scriptures, specially the Manusmriti, divided human beings into four varnas, namely, Brahman, Kshatriya, Vaisya and Sudra and their ascribed traditional roles were respectively those of intellectual, warrior, economic and manual work (UNDP, 2008, p. 19). In fifteenth-century BC the king JayaisthitiMallah divided people of Kathmandu into the different work groups, which later institutionalized as caste system. Similarly, King Prithvi Narayan Shah and Rana Prime minister Junga Bahadur also strengthened the caste systems by making different codes of conduct, rules and provisions. Introducing civil code called Muluki Ain in 1854, Junga Bahadur further systematized the caste system by dividing people into five groups. In this context, UNDP (2008) describes the provision of that civil code as,

Later, introducing the new national code in 1963, King Mahendra condemned the caste system and untouchability in the country. However, caste-based discrimination is still continuing in the society due to the lack of strong punishment provisions. Even after restoration of democracy in 1990, and the introduction of the Maoist’s federal democratic governance system in 2006, neither has the Dalits’ socio-economic status been uplifted as expected, nor have the cases of untouchability declined in society. But, the Maoist insurgency from 1996 to 2006 has helped to reduce caste-based untouchability in their areas of influence (UNDP, 2008, p. 20). Similarly, during the post-war period, one remarkable change that surfaced in the society is that the Dalits’ political involvement has tremendously increased, and untouchability has become a punishable crime.

The Dalit movement in Nepal started from the very beginning of the Democratic movement, which was taking place during the end of the Rana regime. Establishing the Dalit organization ‘Vishwa Sarvajan Sangh’ in 1947, B. S. SarbajitBishwokarma and Bhagat Laxminarayan Bishwokarma, formally started the Dalit movement in Nepal. In 1947, JadubirBishwokarma, UmalalBishwokarma, and T. R. Bishwokarma led the movement. After that, in 1952 establishing the ‘SamajSudhar Sangh’, Saharsha Nath Kapali led the Pashupati temple entry movement in 1954. King Mahendra introduced the new constitution in 1962 ensuring the ‘right to equality’ which stated that ‘no discrimination shall be made against any citizen in the application of general law on grounds of religion, race, sex, caste, tribe or any of them’. But, there was no provision of punishment for those who disobeyed the rule (Kisan, 2005, p. 63). In 1967, Saharsha Nath Kapali and RupalalBishwokarma jointly established the Nepal Rashtriya Dalit Jana Vikas Parishad; Megh Bahadur Bishwokarma established JatiyaBivhedunmulan Manch in 1987 (Panthee et al., 2012, p. 10) and continued the Dalit movement.

After the restoration of democracy in Nepal in 1990, the Dalit movement became a matter of politics in the country. Although the democratic constitution of 1990 made a provision against caste-based discrimination, the stigma and discrimination against the Dalit community did not stop. The government machinery appeared silent against the cases of untouchability and discrimination. The democratic governments became unstable and effortless in matters of public delivery due to the various internal–external evils, power games and political conspiracy. Many political leaders were getting involved in corruption, nepotism and favouritism. Taking the benefit of such statelessness condition, in 1996, the former Communist Party of Nepal (CPN) Maoist3 launched a war against the king-led multiparty democracy, its leadership, the government and the constitution of 1990 AD. The CPN (Maoist) party started war to fulfil the 40 Point Demands.4 Among them, 9 demands were related to nationalism; 17 demands were related to the public and its well-being and the rest 14 demands were related to the Maoist’s living. The public well-being-related demand no. 21 (The status of Dalits as untouchables should be ended and the system of untouchability should be ended once and for all.) was related to the Dalits liberation. In this regard, Cameron (2007) states,

The anti-monarchy Maoist insurgency in Nepal created a coalition of groups around an ideology that promised, through armed revolution, to deliver social justice by eliminating the power of internal (mainly royalists and Brahman-Chhetri) and external (mainly Indian) ‘imperialists.’ The role Dalits have played in the Maoist insurgency is unclear, but there is an unverified assumption that because the movement espouses eliminating caste and other forms of discrimination, Dalits comprised many of the cadres. Bajhangi friends tell me that Dalits are involved in the Maoist movement there, but not in sizable numbers and that in fact Thakuri and other elite castes represent the majority of Maoists. (pp. 15–16)