The Environmental and Social Impacts of Unplanned and Rapid Industrialization in Suburban Areas: The Case of the Greater Dhaka Region, Bangladesh

From Environment and Urbanization ASIA 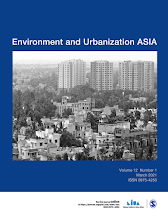 There is a common conception that urban transition in developing countries follows a similar process and pattern to those developed countries experienced a century earlier.

However, this argument can be challenged as the growth of cities in developed and developing countries is motivated by different drivers, and the context in which this growth occurs is also different.

The nature and process of urban growth in developing countries, especially the growth of large cities, is characterized by (a) rapid urbanization due to the rural-urban migration of people for economic reasons, (b) large city favouritism which may lead to excessive concentration of economic activities and population (c) the exploitation of natural environments and cheap labour for economic gains (d) and increasing gaps between the demand and supply of resources and infrastructure (i.e., land).

The consequences of such a process of urbanization can be seen not only in core urban areas but are also prominently visible in their suburban or periphery areas. In most cases, further urban growth localizes in the nearest small-town centres or suburban areas that have better connectivity to the core. Such a pattern can be seen in many metropolitan cities in developing countries.

Taking Konabari–Kashimpur, a rapidly growing suburban area of the Greater Dhaka Region (GDR) as a case study, data has been collected through 16 key informant interviews and a questionnaire survey of 359 households in the area. The study employed both qualitative and quantitative methods for data collection. First, qualitative data was collected through a structured interview survey, and then a questionnaire survey was conducted to collect quantitative data to supplement and address the findings from the interview survey.

The study finds that the readymade garment industry plays a significant role in the growth of this area. Negative externalities in the core area, the availability of large land parcels at a cheaper price, abundant labour supply, and good transport connectivity to the core city make it favourable for industrialization.

The impact of such growth on the suburban natural environment, infrastructure, and society is found to be significant. The natural environment has been destroyed to provide land for industry and housing for workers. Basic service infrastructure and urban amenities have not increased proportionately to the growth of activities and the population. The absence of a planning authority and land use regulations has worsened the situation further. It is concluded that the provision of basic infrastructure through planned intervention is required for sustainable urbanization.

Since manufacturing industrialization is one of the key forces driving urbanization in developing countries new manufacturing firms and their support industries tend to locate themselves in geographically advantageous areas where access to large land parcels is cheap and the negative externalities of excessive concentration do not exist, as well as where regulatory controls that exist in the core areas can be avoided.

In conclusion, this study has shown that due to increased negative externalities in the core city area, labour-intensive and specialized firms, particularly the RMG firms, have been relocating to the urban peripheries or nearby suburban areas to enjoy large land parcels and minimum regulations