Discourse is the debate over reality. Discourse determines the frame through which the public perceives an issue, its value and consequently impacts the future policy of a country. Discourse has been investigated in many fields of study, especially those studies dealing with political and social themes such as nuclear power. For example, Rashidi and Rasti (2012) analysed the representation of social actors implicated in Iran’s nuclear discourse in the Western press. 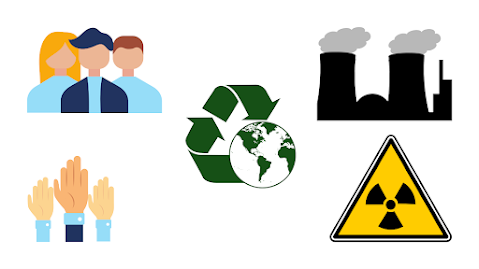 In their attempt to investigate the Western news arguments on the Iranian nuclear programme, the authors found ideological bias in presenting the Iranian stand, which resulted in the unjust treatment of Iran. Another study on Iran’s nuclear energy programme made by Izadi and Saghaye- Biria (2007) analysed three elite American newspapers. This study found that the orientation of the dominant press in the US towards Iran’s nuclear programme was to emphasis the Islamic nature of Iran and link it to threats of assumed Iranian nuclear weapons programme. The study shows that formal logic opens large possibilities to hide, emphasise and even change information through adopting tactics such as hidden logical mistakes, thesis replacement or justification of the thesis by false arguments. Based mainly on Van Dijk’s concept of the ‘ideological square’, Izadi and Saghaye-Biria organised their study into the following parts: naming choices, lexical choices and argumentative features.

Discourse themes or packages method used by Gamson and Modigliani (1989) to analyse nuclear energy discourse in the USA. This country nuclear energy media discourse was found to represent the means for the interaction between power/knowledge and discourse. The authors argued that media has a strong influence on forming nuclear energy discourse and vice versa as it is also shaped by the discourse/ideology. De Cock (1998) found that discourse themes/packages can be divided for comparative analysis into pro-nuclear, neutral and anti-nuclear discourse coalitions. These coalitions consist of narratives with different storylines. Hajer (1995) utilised a similar way of discourse analysis to compare environmental discourses of Great Britain and the Netherlands. Doyle (2011) analysed the UK governmental discourse on nuclear energy and found that the priority of solving climate change problem has labelled nuclear energy as less risky than the risk of intensifying climate change.

Nuclear power, like every policy issue, has an ongoing discourse that evolves and changes over time, providing interpretations and meanings for relevant events. Especially such events like an accident at Japan’s Fukushima Daiichi Nuclear Power Plant (NPP) in 2011 (WIN Gallup International, 2011). After the Fukushima accident, strong actions against nuclear energy took place not only in nearby countries or countries with nuclear energy plants but also all around the world. Anti-nuclear action took place even in Belgium, where there were no nuclear plants. Belgians demanded a global nuclear energy phase out. The Fukushima NPP accident led to a reformulation of energy policy in Japan, Germany, Italy, Venezuela and Israel. Switzerland and Italy also decided not to develop a nuclear energy sector. The impact of the disaster was the most pronounced in Germany. Although nuclear energy provided 22% of the country’s electricity in 2011, Germany decided to completely phase out its nuclear energy programme by 2022.