How to read the Indian economy beyond its headline numbers 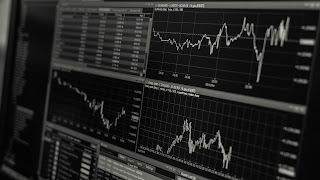 Prasanna Mohanty is a journalist and researcher with three decades of professional experience. Most recently, he was working as Editor, Policy, with India Today Group until June 2021. He writes on public policy, politics and governance. His area of work includes economics, social, socio-economic development, law and justice and environmental governance. His articles have been carried in the group’s various platforms, India Today, Business Today, DailyO and Aajtak.

Many of us think the prolonged stock market bull-run is a sure sign of India’s sound economic growth, naysayers are damned.

Surely, a lot of things must be going right for the Indian economy since May 2014! Right? Wrong.
BSE Sensex, or any other stock market index elsewhere in the world, have boomed during the pandemic crisis, with billionaires’ wealth skyrocketing while millions of people have lost have their lives (causing loss of earning members and high healthcare expenditure for many) and there has been a massive loss of jobs and businesses (further impoverishing lesser mortals) too as a result of which world economy shrunk in 2020 – the worst recession in the post-war history.

Why are the stock market and billionaire wealth zooming amidst the economic ruins all around?
Two multinational giants UBS and PwC tracked the boom in billionaires’ wealth worldwide during the first few months of the lockdowns across the world and published their findings in a report “Riding the Storm” in October 2020. The report said “the V-shaped equity market recovery from April to July 2020 propelled billionaire wealth to a new high” and their wealth (2,189 of them) touched a new high of $10.2 trillion.

Why this surge?
The report explained: “Billionaire wealth is loosely correlated with equity markets, due to holdings in listed companies, and a few weeks makes a big difference. From the end of March, governments’ huge fiscal and quantitative easing packages drove a recovery in financial markets. By the end of July 2020, billionaire wealth was back above its 2019 level.”

There is yet another euphoria around another headline economic number that makes many of us believe that the Indian economy is back to high growth (having overcome the pandemic crisis). The real GDP (after adjusting for inflation) is estimated to grow at 9.5% in the current fiscal or FY22 (from April 1, 2021 to March 31, 2022). It is being claimed that India would again become the fastest-growing major economy by the end of FY22.

Now, compare the GDP growth in FY22 over FY20 (1.6%) with that of previous years. The real average annual GDP growth (at constant prices or after adjusting for inflation) in 19 years between FY01 and FY19 (before the GDP plunged to 4% in FY20) was 6.6%. If we count 15 fiscal years before FY20, the annual average GDP growth was 7% (from FY05 to FY19).  Does the GDP growth number for FY22 indicate that India is back to high growth? More importantly, does this growth mean more jobs, better income and happier life for Indians? True, the Indian economy has to first bounce back from the pandemic low before going into a higher trajectory. But here is another catch.

What is the basis for estimating 9.5% GDP growth in FY22 when only its first quarter (April to June 2021) data is available – a 20% growth in Q1 of FY22 over minus (-) 24.4% in Q1 of FY21? The full fiscal’s numbers would be known only in the middle of 2022. It is based on the data of Q1 of FY22. The quarterly GDP numbers are derived from formal sector economic activities (generally high-frequency indicators), which is just about half of the GDP.

The rest comes from the informal sector. About 94% of the total Indian workforce are engaged in this sector. They are mostly into informal agricultural and services-related activities (MSMEs). Those households are the worst hit by the pandemic and yet that is not reflected in the quarterly GDP data. So, a 9.5% growth estimate doesn’t count the worst-hit half of the economy (informal sector), thus, providing a grossly distorted and misleading picture of  the economy. Earlier in the year, the US’s Pew Research Centre estimated that the first wave of the pandemic would have left more than 75 million Indians poorer – 60% of all such people in the world. The impact of the second wave in 2021 is far more devastating and would surely swell their numbers.

A recent study by the Ashoka University and business portal CMIE found several disturbing trends in the job market during the five-year period between FY17 and FY21 (the last being the pandemic year). These are:

All of the above facts and evidence would mean the Indian economy is in deep trouble. It is not yet known how many millions of Indians have actually lost jobs and businesses during the pandemic (FY21 and FY22) or during the prolonged pre-pandemic slowdown (from 8.3% GDP growth in FY17 to 4% in FY20). It is also not known how their incomes have fallen due to the high healthcare expenditure the pandemic entailed.

BSE Sensex making a historic high of 62,000 plus mark or a projected 9.5% GDP growth in FY22 wouldn’t mean any of the trends reversing in a hurry, and certainly not by the end of FY22. Those trends reflect structural issues with the economy. Therefore, a vast majority of Indians wouldn’t be getting back their lost incomes (due to deaths, job and business loss) to boost consumption demand or propel high growth of the pre-FY20 level by the end of March 31, 2022 (FY22). That may very well happen some years later though.

Ready for a journey into the real world of the Indian economy – beyond its awesome headline numbers?

The article has been authored by Prasanna Mohanty, who is an independent journalist and researcher.

Check out the title An Unkept Promise by Prasanna Mohanty, a book that warns against neo-liberal economic thinking and suggests corrective measures to get the economy back on track.

Read our latest book 'An Unkept Promise: What Derailed the Indian Economy' to look at some of the pre-pandemic economic decisions and the string of reforms implemented during the pandemic crisis.