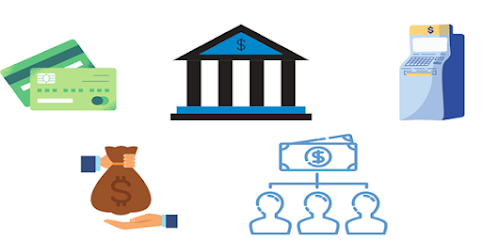 Liquidity creation is an essential function of banks, which is significant for the financial system and its stability. It has important implications for the economy. Berger and Sedunov determined the positive linkage between liquidity creation and the real economy: high liquidity creation may result in higher economic output. However, the liquidity creation process entails liquidity risk; unanticipated withdrawals of demand deposits may lead to a fire sale of illiquid assets. At the macro level, excessive liquidity creation may give rise to asset bubbles and financial crisis. Consequently, it is important to determine the links between liquidity creation and factors influencing it, so that appropriate measures can be undertaken. There has been a burgeoning literature on the risk transformation function of banks; studies on the liquidity creation function gathered momentum after an empirical study by Berger and Bouwman who devised a methodology to determine liquidity creation by banks. Following their approach, this study develops two measures of liquidity creation, that is, the broad measure and the narrow measure, which are relevant to the Indian context. An important determinant of liquidity creation is competition. In banking, it is expected to increase bank’s efficiency, encourage financial innovation and promote the availability of product and services to the market. Policymakers and regulators promote a high degree of competition, as it ensures a wider reach for finance and improves welfare. Advocates of competition argue that liquidity creation increases when competition intensifies. For instance, banks attract more customers by lowering the loan rate and increasing the deposit rate, while concentration leads to price rigidity, and banks become less sensitive to customer needs. However, excessive competition also has repercussions. It has been argued that increased competition compresses profit margins of banks, increases fragility and affects solvency; therefore, banks create less liquidity to reduce the chances of a bank run. It has been debated that banks require a certain degree of market power as it strengthens the risk-taking ability of banks, lowers the cost of providing services and enhances the capacity. There has been mixed evidence concerning the relationship between liquidity creation and competition. There has been recently a wave of consolidation in public sector banks in India, to increase their financial and lending capacity, improve operational efficiency, bring mutual synergies (in terms of shared technology, customer base, core strengths, etc.) and help in risk diversification. Such convergences motivate us to understand the impact of mergers on liquidity created by banks in India. This study investigates the impact of competition on liquidity creation and determines whether increased market power boosts liquidity creation or not. It uses the Lerner index, a dynamic non-structural measure, to measure competition. In structural approaches such as the Herfindahl–Hirschman index (HHI), an inverse relationship between competition and concentration is assumed. In reality, contestability is the determining factor in deciding the competitiveness of the market irrespective of concentration.
The Lerner index overcomes this problem by making no prior assumptions and relies on factors like marginal cost and price, which give better information about the nature of competition. This study finds a direct relationship between liquidity creation and market power. Based on the findings, it is envisaged that consolidation will boost liquidity creation in the future. The results are quite intuitive in the Indian scenario. The Indian banking system was highly diffused and fragmented, but with consolidation among the public sector banks, the HHI increased from 513 in 2013 to 757 in 2018. There are sizeable differences among public banks in their asset holdings and operations, but their business model is more or less the same; thus, they often compete with each other in various segments. There are also similarities in organisational structure and human resource policies. Consolidation among banks with similar characteristics will reduce the cost of providing services through economies of scale and scope. Such benefits will be passed on to customers, which will result in more liquidity creation. Our findings are consistent for both public and private sector banks.
.