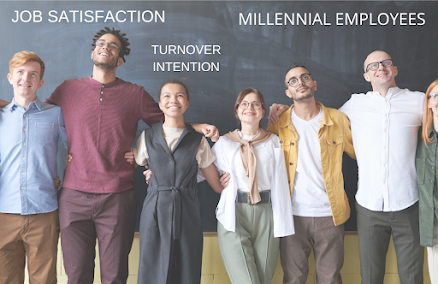 India is competing with its shifting demographic structure. It is both the second most populated and the most youthful nation in the world. Over half of the Indian population is less than 25 years of age, and over 65% is less than 35 years (Ministry of Statistics and Programme Implementation, 2017). The expanse of the young people makes it essential for India to understand the needs, desires, and aspirations of its youth. If efficiently employed, India’s young people have an immense potential to add to the wealth of the country. Millennials (Generations Y) are born between 1981 and the late 1990s. National statistics claim that Gen Y is around 34% (at 440 million) of the population. India’s millennial generation is smarter than their predecessors as they prefer elaborate designations and want constant challenges and recognition. The millennials believe that changing jobs would improve their careers and, hence, embrace job-hopping.

Academic experts and human resource (HR) professionals consider that if millennials are satisfied with the work, then they will be more loyal, more averse to relinquish their positions and can undoubtedly affect organizational performance. As per the World Economic Forum survey, Indian youth is dissatisfied with the job market. As many as 49% of the youth perceive jobs available in the market are not to their expectations. The correlation between economic growth and jobs is debilitating, and the main reason for worsening this condition is a mismatch between qualifications, skills, and jobs. In other words, there exist gap between the skills and qualifications acquired by youth and those that are required by employers. Organizations need to comprehend the characteristics of millennials and improve their job satisfaction levels by institutionalizing innovations in the working environment.

Numerous researchers have indicated that job satisfaction is of paramount significance as it is one’s general attitude towards the job, and therefore considered as a vital priority policy in most of the organizations.

From the above discussion, we can reason that job mismatch and turnover intentions matter the most for job satisfaction. These three are significant as they impact organizational performance and track employee satisfaction.