Making (Ab)sense of Women’s Agency and Belonging in Citizenship Debates in India: Analysing the Shaheen Bagh Protests as ‘Act(s) of Citizenship’ 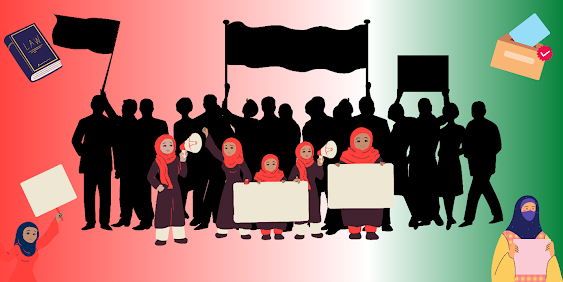 In December 2019, the Indian Parliament passed a new law amending the Citizenship Act of India. The Citizenship (Amendment) Act (CAA), as it is known, claims to facilitate Indian citizenship for the ‘persecuted minorities’ groups from Afghanistan, Bangladesh and Pakistan who entered India before 31 December 2014, except Muslims from these countries. The categorical omission of Muslims to take advantage of this law has been opposed for being discriminatory and unconstitutional as it made religion the condition for granting citizenship against the secular ethos of the Indian Constitution. Scholars and political analysts claimed that the CAA linked with the National Register of Citizens can potentially transform India into a majoritarian polity, marginalising its 200 million Muslims. The government’s response was marked by sarcasm, as to how a ‘benign’ law facilitating citizenship for persecuted minorities from Muslim majority countries of Afghanistan, Pakistan and Bangladesh was being opposed by Muslims in India. Activists, feminist groups and students who supported the anti-CAA protests criticised the CAA as unconstitutional and against the ‘basic structure principle’ of the Constitution. The law was challenged in the Supreme Court by a group of lawyers, opposition politicians and even the United Nations High Commissioner for Human Rights.

The strongest resistance against the CAA came from India’s Constitution-loving citizens, especially women, against the dogmatic interpretation of citizenship. They started the anti-CAA protest in Shaheen Bagh which was emulated in various regions of India. The protest was highly publicised in the mainstream media primarily focussing on the ‘religious’ identity of the protesters, imitating the ‘male patriarchal gaze’. A similar narrative was portrayed by the central government which phrased the protest as Muslims versus Hindus. Consequently, the protests remained narrowly viewed as an agitation by Muslim women.

Addressing the Shaheen Bagh protests solely through a religious lens was like playing into the hands of the majoritarian state, diluting the cause these women were demonstrating for upholding the constitutional provisions of equal citizenship without discrimination on grounds of religion, caste, language and gender. It is remarkable that even then the Shaheen Bagh peaceful protests provoked the Hindu right wing. Three reasons can be identified for this: first, the gender of the protesters; second, the religion of the protesters; and third, a hurting male ego. How could upper-caste men accept women whom they consider meek and docile, that too Muslims, to come out on the roads, challenging the very core of their ideology with such composure and demeanour without any political and external support? Here it is also necessary to state that access to equal citizenship in India remains a distant dream for most of the population including women, dalits, adivasis, ethnic minorities, homosexuals, the disabled and the poor. Even though the anti-CAA protest was dispersed due to the pandemic and Delhi riots, it was successful in generating a backlash within the ruling coalition, with the law finding no mention in the mandate during Assam elections of 2021 and the central government strategising a regionally differential position vis-à-vis the CAA in the state assembly elections held in 2021.