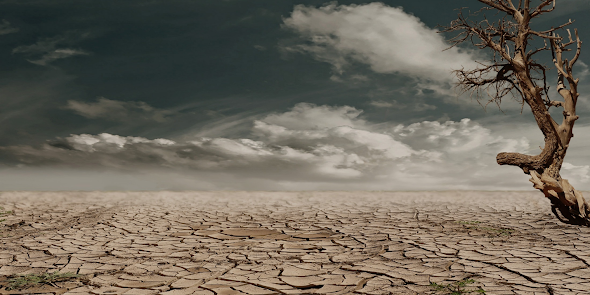 Considering climate change’s impact on agriculture production is crucial due to mounting concerns regarding food security, particularly against the background of potential food supply disruptions and the high dependence on imports. The impact of climate change are expected to be most adverse in low and middle-income countries. Indeed, the severity and persistence of current drought conditions have amplified concerns about water availability following historic drought conditions in many countries around the world.

In the Caribbean, for example, the impact of climate change on precipitation patterns and temperatures have placed pressure on arable land, water resources and biodiversity. These changes directly threaten food production for local consumption but also undermines food exports. In substantiating the vulnerability of Caribbean agriculture to climate change due to its dependence on rainfall and its general labour intensiveness. The Caribbean can expect rainfall in shorter, more intense spells and warmer conditions, with a likely significant impact on the growing season and the optimal location of many crops.

Indeed, greater variability in the climatic conditions is expected in the wider Caribbean, with drought conditions being the immediate concern for countries such as Belize, Barbados, Grand Cayman, Suriname and Trinidad, amongst others. At the same time, it was also noted that these conditions may have given way to wetter than usual conditions across Belize, the Greater Antilles and the Leeward Islands Caribbean Climate Outlook Forum.

A particular challenge also relates to the lack of economies of scale and competitive producers in small states, relative to the global food chain, where the influence of these limitations is exacerbated by a dominant merchant class and oligopolistic wholesale retail sector. These dynamics also make investigating the impact of food imports on domestic food production pertinent.

In 2019, the real gross domestic product (RGDP) was US$ 3,977 million, with agriculture accounting for approximately 1.5% of economic activity in Barbados, according to the Central Bank of Barbados’, June 2021, Quarterly Economic Review of the Economy. The Barbados Statistical Services’ Labour Force Survey estimates that employment in the agriculture sector accounted for 2.5% of the labour force in 2019, with approximately 3,500 workers being employed during this time. While the economic contribution of the agriculture and manufacturing sectors have declined, as tourism has become one of the leading sectors (17.3% in 2019), the government has committed to the transformation and repositioning of the food production sector in Barbados. Agriculture is also an important input into other industries, such as wholesale and retail, indirectly creating jobs, the significance of which is even more profound in the aftermath of the COVID-19 pandemic. While swift progress has been made towards addressing economic vulnerabilities, before the onset of COVID-19, the IMF (2019) noted that Barbados was caught in a vicious cycle of low or negative growth and increasing debt. Continued efforts to address these vulnerabilities, particularly as they relate to food security, are challenged by climate change.