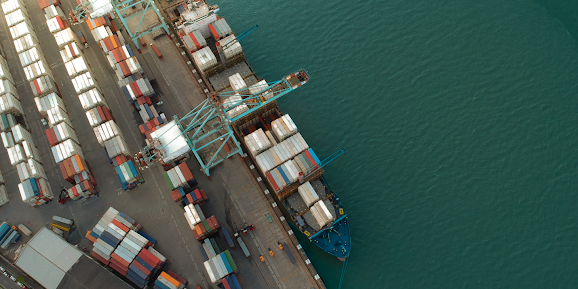 The Brahmaputra River valley’s environment played a key role in the process of colonisation. Enterprises in opium, caoutchouc and tea developed around the unique ecology of the region. Modern transportation on the river like steamers, and railways as the feeder of steamers, came into existence, often under government encouragement. Despite the introduction of steamers, country boats continued to exist. Europeans also continued to use native boats. The indigenous traders continued to use these due to their affordability and effectiveness.

The article shares the sense, with a rich historical scholarship, that rivers imparted a deep influence upon regional economies in South Asia. This influence was quite varied. In the tropical climate, reliable sources of water sustained urbanisation, irrigation and transportation. Whereas some of these effects were long-standing, their significance increased since the nineteenth century, as regions were drawn into networks of commodity trade and migration.

Henry T. Bernstein’s work is one of the earliest to have identified the close relationship between the riverine environment and the economic change in the Indian subcontinent. The Ganges influenced the lives of people who lived on its banks. Iftekhar Iqbal has shown how the deltaic geography shaped the economic change in the nineteenth-century eastern Bengal and how the economic change impacted the environment. The study of a riverine economy is also about the use of scarce resources in an arid area. David Gilmartin’s study of the agrarian history and community connections in colonial northwestern India is a significant illustration. The colonial rulers resorted to the law (Northern India Canal and Drainage Act, 1873) to control the water of the Indus and other water bodies. This measure created confusion about rights, duties and practices amongst the ‘natural communities’ and the British government. Whereas Gilmartin’s study focuses on the river as a vital part of an agrarian landscape, Clive Dewey has studied the river system as a transportation artery. In scope, the present article is similar to Dewey’s work since it stresses the transportation angle rather than the agricultural one. Assam receives a heavier monsoon than the rest of India, and much of the valley is not arid like Sind. However, it was not easy to travel or transport goods partly because of forests and rivers. Like the study of Indus, the article shows how steamers and country boats coexisted in the Brahmaputra system for a long time because each had certain comparative advantages. Boats survived the colonial modernisation process, as these had evolved locally and were accustomed to the region’s environment.

The historiography of colonial Assam is rich and varied. Among the key contributions, Amalendu Guha has written about the plantation economy of Assam and the migration of workers who came from other regions into Assam to work in these plantations. The climatic condition discouraged permanent European settlements in tea estates in the nineteenth century. Still, modern means of transportation on water like steamers and the communities such as immigrant traders, bankers and missionaries helped to expand the base of the British capital in Assam. A part of the scholarship on Assam has focused upon changing technologies of transportation. Kaya Dasgupta points out that until the discovery of tea, the East India Company (EIC) used the existing road and river transportation networks. A new transportation system was developed to support the tea industry. Development in transportation networks led to changes in the way people and goods moved in the valley and encouraged urbanisation. Dasgupta’s main argument is that the plantation interest of the British and other European planters propelled the transportation revolution in the early decades of colonial rule. Nandita Khadria also points to the role of the Assam Company and colonial government in introducing a modern water transport system in the valley. Precolonial Assam was connected to Bengal by the Brahmaputra. After the colonial occupation, however, the use of the river for this purpose became less marked, especially with the development of the tea plantation industry. The Brahmaputra and its tributaries such as Dhansiri, Buridihing and Suansiri played a crucial role in transporting tea, timber and grain to the gardens. Rajen Saikia, in his remarkable research on Assam’s society and economy, documented the changes in the late nineteenth century. He recognised the importance of riverine ecology and the natural resources in shaping Assam’s agrarian economy. More recently, Sanghamitra Misra emphasised the role of the Brahmaputra and its tributaries, among other ecological factors, in the creation of a unique culture and subsistence pattern in Goalpara.