Seeing through the law: A debate on caste in medieval Dharmasastra

From Contributions to Indian Sociology 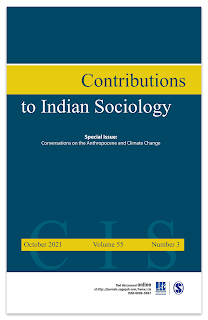 Caste, like race, cannot be seen because it is a social construction. But the notion that race is built upon visible differences persists, even when vision is not involved. In comparative studies of caste and race, however, a frequent refrain is that race is a social construction pegged to physical appearance, especially skin colour, while caste is an invisible system of social stratification.

Caste itself, however, remains imperceptible, literally hidden from view. This article examines a debate about the visibility of caste in the intellectual tradition of Hindu law known as Dharmaśāstra. The debate shows first that ancient Indians asked the question of whether we can see or perceive caste directly in ways similar to modern discussions of race. It also reveals, second, two opposing views of the factors that constitute caste. Those constitutive factors boil down to either biology or law as the core of caste. Hindu jurists concluded that law, not biology, determines caste.

The history of caste ideology and visibility depends upon a set of social practices to construct caste similar to those that construct race. Guha (2013) has shown, for example, how political structures and competition between groups have sustained various caste systems in India for over a millennium. By examining some Hindu debates in the definition of caste from medieval India, especially the tradition of Hindu jurisprudence, we can trace some of the social practices used to reinforce the axiomatic assumption that caste exists.

We learn to ‘see’ caste and race from visual cues, but what we are actually trained to see are parts of an idealised (though unstable) whole, the grouping of which is taken to define, in this case, what a Brahmin is. Recognition from sight is generally accepted in social contexts and thus held also to determine race and caste.