Representation of Hijras in Bollywood Movie Laxmii: The Loss of Reality 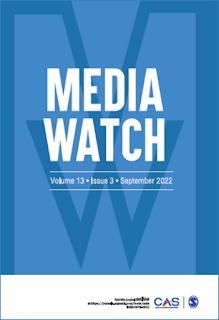 In terms of self-identities, social structure and subculture-specific behaviours and conventions, male-to-female (MtF) transgender persons in India are immensely heterogeneous. In the Indian subcontinent, MtF trans people have persisted as a separate cultural community—namely the hijras—for centuries, despite being ostracised to a considerable extent. Gender is not biologically determined or fundamental; instead, it is formed through its ‘performance’, making it ‘performative’. Thus, the hijras fall outside the binary group and dwell in a body that does not match the gender assigned to them at birth. Through repeatedly performing as female despite having male genitals, they embrace their performed gender and enter the unique hijra culture and tradition. O’Flaherty (1980) writes that ‘hijras’ are sexually ‘ambiguous’ males who wear female dresses and perform at Hindu festivals such as weddings and birth ceremonies. The foreign political press Al Jazeera (2013) has addressed hijras as India’s third gender (Hylton et al., 2018). Hijras have also been called ‘the world’s oldest transgender community’ (Francis et al., 2015) and the Indian version of transgender identity that is neither male nor female (Nanda, 1999).

Bollywood movies have portrayed hijras in a derogatory manner for commercialisation. Either they are infused into the plot for comic relief or projected as villains to strengthen the hero’s role. This is witnessed in the movie Laxmii (2020); despite being centred on a hijra character, it fails to demonstrate the injustice perpetrated against the hijra community in family, society, educational institutions, employment, healthcare and other sectors. The movie does not mention the daily trauma endured by hijras, how they survive and the socio-economic conditions surrounding them during a life plagued with anguish, hatred and discrimination. Furthermore, Laxmii (2020) overlooks and disregards various successful transgender people, such as Revathi, Vidya, Laxmi and Shabnam, who have carved a niche for themselves despite facing adversity. Despite being an inspiration for their community and society, Bollywood has drastically failed to narrate this marginalised community’s success stories. Notably, Laxmii has miserably failed to raise awareness—regarding the adverse conditions of hijras in India. Instead, the movie adds to the existing prejudice: as in the last scene, a group of hijras dance in a frenzy and become so overpowered by emotions and vengeance that they commit murder. Sadly, the movie veers away from societal issues and becomes a drama of vengeance woven with comical supernatural elements.

Moreover, hijras’ portrayal in Bollywood is highly unrealistic and cliché and fails to accurately present their problems and issues. Given these issues, this study explores the representation of hijra in Bollywood by analysing the Bollywood blockbuster Laxmii, which was released in 2020 amidst nationwide lockdowns during the peak of the COVID-19 pandemic, when hijras were struggling to meet their daily needs.