The early decades of the Bata Shoe Company in India

October 15, 2021
- The Indian Economic & Social History Review
The Bata Company was founded by Tomas Bata and his siblings Anna and Antonin, in 1894 in Zlin, formerly part of the Austro-Hungarian monarchy, and started to develop significantly at the beginning of the twentieth century thanks to technical and organisational innovations. After the First World War, in a society challenged by the post-war economic crisis, Tomas Bata applied an intensive rationalisation of the production process in the industry, based on American models and use of the assembly line, and started a new era in the development of the company. For such a growing enterprise the Czechoslovak market became too small, so Bata turned his attention to foreign customers. 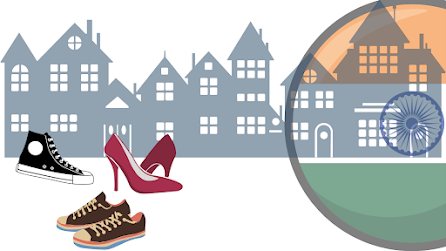 The first wave of establishing firms abroad began after the First World War, when sister companies were founded in the USA (1919), Yugoslavia (1920), the Netherlands (1921), Denmark and Poland (1921) and England (1923). The expansion of the company was slowed by growing protests abroad from artisans and small footwear producers, as well as the outbreak of the economic crisis in 1929. During the Great Depression, individual countries protected their producers by raising tariff barriers, introducing customs duties on imports and encouraging various forms of boycotts of Bata’s shoes.
To support the export and sale of his products, Bata began a second wave of establishing sister companies, transferring production to foreign countries. The manufactured footwear in these factories was not subject to import restrictions, and the export of these shoes to the colonies of the individual states was more financially favourable in comparison with importing goods from Zlín.6 The factories abroad were opened in Ottmuth in Germany (today Poland) and Borovo in Yugoslavia (1931). In the following years, plants were established in Poland (Chelmek), Switzerland (Möhlin), France (Hellocourt) in 1932, India (Konnagar) and England (Tilbury) in 1933, the Netherlands (Best) in 1934 and elsewhere.
Within the above context, our research presents the economic and broader social specifics of the gradual integration of Bata into the Indian subcontinent over the period from the mid-1920s to the early 1960s. The overriding purpose of our research is to replenish the existing body of academic knowledge of the topic. Today, Bata is widely regarded as an indigenous brand across India, which is not surprising given that it has been present on the Indian market for almost a century.
Very little academic research has been devoted to the above-mentioned period of its development, during which the necessary preconditions for its full integration into Indian society were created. At the same time, the research on this topic to date has mostly focused on economic history, that is, it has not been aimed at presenting the broader social circumstances that characterised Bata’s gradual integration across the Indian subcontinent. A partial exception is the research carried out by Marketa Brezovska, which we nevertheless consider to suffer from certain shortcomings (e.g., it relied only upon archival documents from the archive in Zlin and existing mostly contemporary literature; like some other researchers M. Brezovska operates with a large and unsubstantiated number of Bata company towns, and presents those company towns within the model of ideal industrial cities. However, during the interwar period, they were predominantly established according to the principles of organic urban planning).
.
.
.